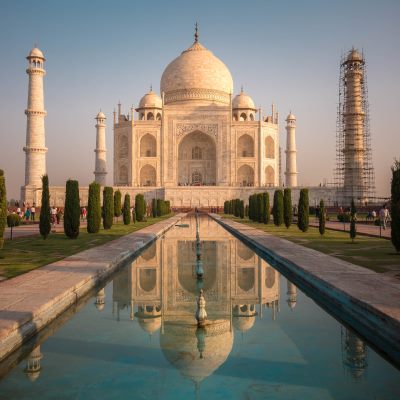 A. India is bound on the north by Afghanistan, China, Nepal and Bhutan; on the east by Bangladesh, Myanmar and the Bay of Bengal; on the south by the Indian Ocean; and on the west by the Arabian Sea and Pakistan. India’s coastline is more than 7,000 km. With the second largest population in the world the country spans 3.28 million sq metres in space, and is made up of 28 states, of which New Delhi is the capital.

B. India can boast of one of the oldest cultures in the world. Rich in gold, jewels, spices and other valuable things, India was an attractive land for British colonists. Other Europeans staked their claim on the country too and they often left behind themselves ancient ruins of sacred sites and abandoned cities. India became independent from Britain in 1947 after a long struggle led by the peaceful protester, Mahatma Gandhi.

C. The diverse religion, cultures, customs, languages and religions portray a colourful and inviting picture of India. As a result, many tourists are attracted to visit India and experience its natural beauty and rich cultural heritage. Today, India is the one of the most famous tourist destinations of the world thanks to its immense natural beauty and cities with historical monuments, rich architecture and craftsmanship.

D. The Taj Mahal, located in the city of Agra in Utter Pradesh, in northern India, is the country’s most celebrated attraction and a fine example of the country’s architecture. Built between 1631 and 1648 by the emperor to house his beloved wife’s tomb, it is a work of art of incomparable beauty as its white marble stone changes colour in different light. Crowds of tourists visit this place annually, including celebrities.

E. India is generally seen as a warm country. Most of the parts in India have a tropical or subtropical climate, with little variation in temperature between seasons. The northern plains, however, have a greater temperature range, with cooler winters and hotter summers. The mountain areas have cold winters and cool summers. In the mountains, though, climate type can change from subtropical to polar within a few miles.

F. India has long been associated with a stunning combination of spirituality, philosophy and health. The ancient healing system of Ayurveda is known as the science of life originated here, as did yoga and meditation. Now people come to India not only to see its sights, but also to spend time in local monasteries and retreats to leave behind the fast-paced lifestyle and discover the inner God in themselves.

G. The fauna of India is made up of almost 5,000 species of larger animals. Tiger, panther, lion, cheetah, snow leopard, and jungle cat can be found is some parts of the country. Besides this, India is home to elephants, rhinoceros, black bear, antelope, and deer. There are 15,000 flowering plant species, accounting to 6 percent of the world’s total flora. Out of these, about 3,000 to 4,000 are believed to be in danger of extinction. 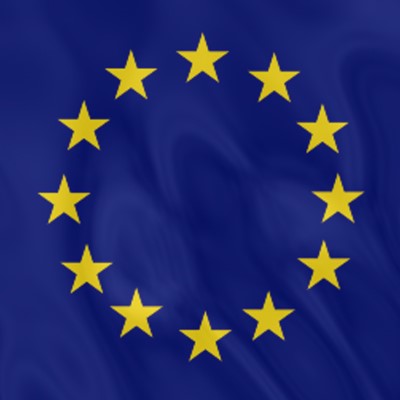 The European Union (EU) is committed to supporting the rights of its citizens to personal and professional mobility, and their ability to communicate with each other. It does so by   A.____________   to promote the teaching and learning of European languages. These programmes have at least one thing in common: they cover crossborder projects involving partners from two, and often three or more, EU countries.

Since 2007 the main programmes have been put under the overall umbrella of the EU’s lifelong learning programme. All languages are eligible for support under this programme: official languages, regional, minority and migrant languages,  D.____________. There are national information centres in each country,  E.____________.

The cultural programmes of the EU also promote linguistic and cultural diversity in a number of ways. The “Media” programme funds the dubbing and subtitling of European films for  F.____________. The “Culture” programme builds cross-cultural bridges by supporting the translation of modern authors into other EU languages. 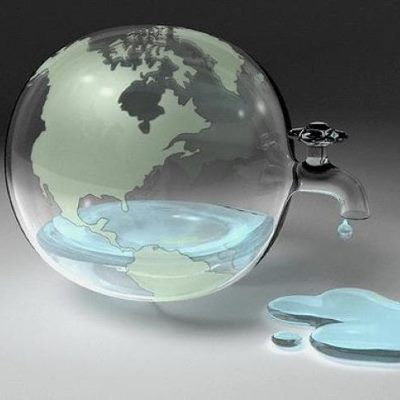 Have you ever tasted saltwater? I guess you have and if so, you will agree with me that it’s not very refreshing. In fact, drinking more than a few cups worth can kill you.

According to the United States Geological Survey, whose mission is to collect and disseminate reliable, impartial, and timely information that is needed to understand the nation’s water resources, about ninety-seven percent of the water on our planet is saltwater; the rest is stored in lakes, rivers, glaciers and aquifers underground. Moreover, only about one-third of the world’s potential fresh water can be used for human needs. As pollution increases, the amount of usable water decreases.

Water is the most precious and taken-for-granted resource we have on Earth. It is also one of the most threatened resources. Increased population and possible climate change will put more and more strain on supplies of this vital resource as time goes on. What could we do in this situation? Though it may seem like science fiction, the solution could lie in outer space.

I’m not saying we’re going to be teleporting to a spring on the other side of the galaxy or colonizing another planet just to have longer showers — it’s much more mundane than that. What we could achieve realistically in this century is the successful use of the solar system’s rare metals and water, barring the invention of the matrix.

You may be surprised to learn that the metal in your keys, coins, cell phone, computer, car and everywhere else, originally came to this planet from space. When Earth formed, the heavy metals sank to the center and formed a solid core. The lighter elements formed the mantle and the crust we live on. Asteroids and comets that struck the Earth brought water and metals to the surface.

There are thousands of asteroids orbiting near Earth. Most asteroids are made of rock, but some are composed of metal, mostly nickel and iron. Probes could be sent out to these to identify useful ones. Then larger probes could push them towards the Earth where they can be handled in orbit.

In order to fuel ships and probes, we simply need to find a source of water, such as a comet or the surface of the moon. We collect the water and pass an electric current through it from a solar panel. The water separates into oxygen and hydrogen, which in liquid form is a powerful rocket fuel.

Is this really possible? We may soon find out. Private company SpaceX has already started delivering equipment to the International Space Station (ISS).

The ISS is proof that countries once at each other’s throats, like America and Russia, can work together and pull off multi-billion dollar projects.

Recently, a company called Planetary Resources Inc. made the news for getting big names like Google and Microsoft to invest in exploring asteroids for material gain. Although it will take many decades, it is wise to put the gears in motion now.

We’ve already landed probes on the surface of asteroids and taken samples from them. We can put something as large as the ISS, which weighs just short of 500 tons, according to National Aeronautics and Space Administration (NASA), in orbit.

We can make a half-million-mile round-trip to get rocks from the moon. We can do all of these things already. They just need to be applied and developed in a smart way.