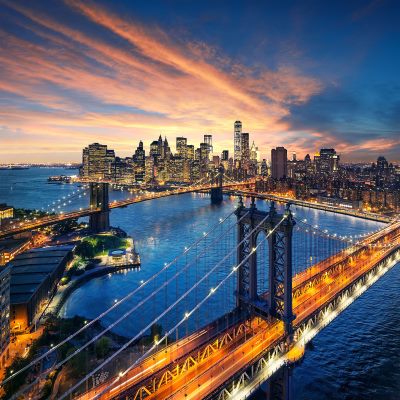 This is a real life story of engineer John Roebling building the Brooklyn Bridge in New York, USA back in 1870. The bridge was completed in 1883, after 13 years.

Roebling had never had any projects with his son before. Working together 38. ____________ the first time, the father and son developed concepts of how it could be accomplished and how the obstacles could be overcome. With great excitement and enthusiasm, and the headiness of a wild challenge before them, they hired their crew and began to build their dream bridge.